tl;dr: I don’t agree with the Olympic Games taking place in a country that represses homosexual persons, so I’m going to knit a rainbow colored shawl / scarf / whatever and give it away for LGBT charity.

Even as a straight person I can’t help but be horrified at the way LGBT persons are treated in Russia, and while I’ve been sorely disappointed with the IOC for quite a few years, I think holding the Olympic Games under these circumstances is a new low even for them.

Now, while I will be boycotting the Olympic Games, I will take part in the Ravellenic Games on Ravelry, which is basically Knitting Olympics

To express both my protest against the Sochi Games and my solidarity for the LGBT community, I will knit something rainbow themed, and raffle it off once it is finished.

I’m not certain yet, what exactly to knit, except that it will be made from a Zauberball in the colorway “Frische Fische”. 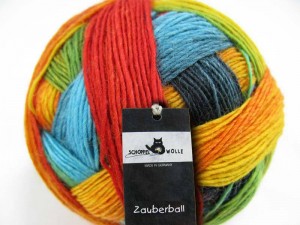 One possibility is the Spectra by Stephen West as OMArtina’s epic example here: 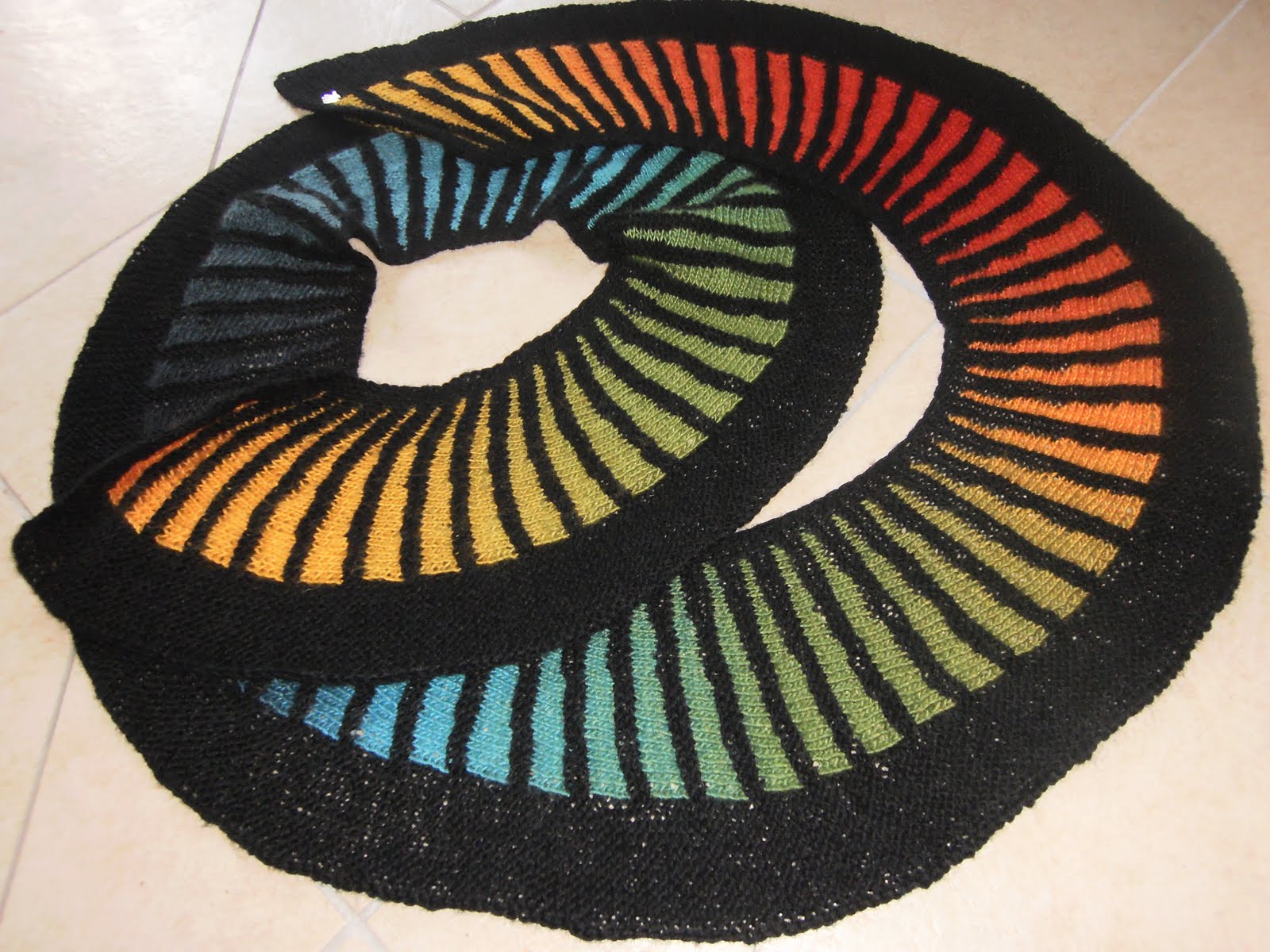 Or maybe a Daybreak? redpepperquilt’s version is quite awesome… 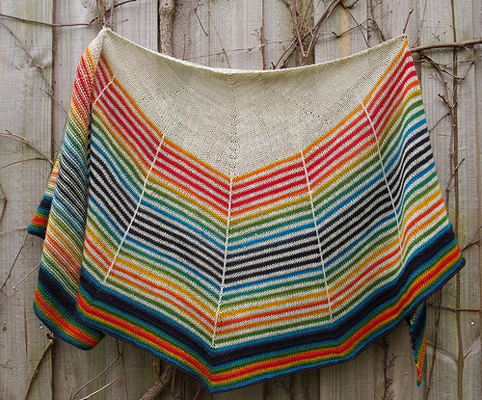 Maybe I’ll think of a few other models as well.

Let me know in the comments which one you’d choose

In a raffle – as you may know – you buy tickets for a certain amount of money, and to chose the winner, I will randomly draw one ticket. For example, if a ticket costs 5€, you could buy four tickets for a total of 20€ and thus have four chances of winning.

I think this is better than a standard auction, because even people who know they can’t afford to get near a winning bid may buy a single raffle ticket, and still have a chance at winning.

I’m not certain yet whether a ticket will cost 5€ or 10€… Feel free to advise me in the comments.

To take part, you need to donate your money to an LGBT themed charity, and somehow prove this to me – by sending a screenshot or something similar. Since I will be running a list, please let me know under what name you want t appear in that list (yes, “anonymous” is an option).

My friend sofakant has listed a few charities here: Sochi.

The Olympic Games run from February 7 to February 23, so that’s my knitting time.
I guess, I’ll decide on the pattern and the final ticket price on the 6th, and open the raffle on the same day?

If you have questions, let me know in the comments or on Twitter: danielaKayB.